How to Make Compassion Your Personal Pain Reliever 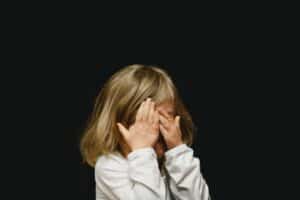 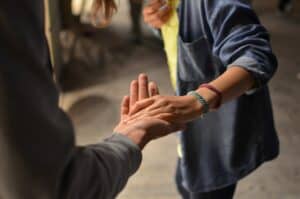 Seven weeks ago my wife’s father was admitted to a memory care unit in a nursing home. He had started hallucinating 5 months ago and the hallucinations and subsequent disorientation progressed, promting a hospital admission, where the formal diagnosis of dementia (they were not sure which type) was made, after which he was transferred to the nursing home.

Memory care unit is a nice way of referring to a locked up unit in a nursing home where people with dementia are cared for. Going into a memory care unit was a new experience for me — one filled with aversion and an intense urge to run away.

As soon as you walk through the locked door you encounter a sort of ‘dementia parking lot’ where there is a TV on the wall and where all of the ‘inmates’ are parked in their wheel chairs or on the couch or in chairs, sitting there, motionless, staring off into the distance or their laps or at the floor, oblivious to the television. Many (around 50%) are asleep. It is in the dementia parking lot that we usually found my father in law, parked in his wheel chair, asleep.

On one visit, my wife approached her father in the parking lot and gently woke him, and as his residual operating system slowly comes online and he begins to recognize her he puts his arm out and holds her tight, a move rarely seen when he was ‘normal’. She reciprocates with a big hug, then we go through the standard greetings — how are you, nice to see you, etc— and we sit and visit, listening to his tales of his upcoming plans to travel to Washington DC next week, or about the recent efforts by the staff to bring a pick up truck full of drugs into the place.

Needless to say, being 65 and still ‘normal’, this stuff scares me. But my aversion, though absolutely due to the fear of ending up as an inmate one day, has as much to do with the profound sadness I feel for these folks, parked, all alone, nothing to do all day, no reason to live, at least so it seems to me. Now I realize I am projecting how it would be if I were there with my current faculties, but still….

For me the sadness comes from the knowledge that within these residual fragments of human beings were once vigorous people with lives filled with all the ups and downs, the challenges and successes, the families and loved ones — lives rich with stories and some important postition, however big or small, in the human tribe. And here they sit, alone, forgotten, staring, their stories and their place in the tribe gone with the loss of their minds.

As we visit I am wondering how long we will have to stay. I struggle to not look at my iphone as we sit by her father in the TV room, and I struggle to not have eye contact with any of the inmates who have started to stare at me. They and the whole place seem like a giant human tragedy, and I want to run away from it. I am in awe at the nurses aides who work there.

My father-in-law loves Drumstick ice cream cones. I don’t think they were a ‘thing’ to him before the dementia, but now they are a serious ‘thing’ to him. The moment he spots the package his eyes light up. He stares at the package as my wife tears the wrapper off. After my wife secures the cone in the feverish grip of his stiff and crooked fingers he and the cone merge into a small universe of joy as he devours it with the rapt intensity of a 5 year old.

And tonight, just like every night, just behind us, parked in his wheelchair, is a black man. Bald and dressed in slacks and a nice shirt, his head is always bent over at a near right angle as he slept, his closed eyes directed at his legs below. Everynight, in the same spot, in the same same position, sleeping away.

After getting her father set up with the Drumstick she got another one from the freezer and went over to the black man, woke him up, and offered it to him. His big eyes lit up as she unwrapped it and handed it to him. “Thank you” he said. Like my father-in-law, his world changed for a short time as he became immersed in the joy of his Drumstick.

There was something about his big eyes that melted my general aversion temporarily, allowing a spark of interest to light the urge to go over and talk to him. I squatted down beside him, said hello, and asked him what his name was: George. I detected a slight accent. I asked more questions. I learned he was originally from Liberia in Africa, and that he had lived in St Paul for a “long, long time”. It was then that I figured it out — his eyes were dead ringers for the eyes of the actor Samuel Jackson, and I told him so. He got a huge grin on his face and told me “yeah, I been hearing that for a long time”.

The conversation kind of petered out at that point so I got up, shook his hand, told him it was nice to meet him, and moved over to a chair next to an tiny white woman slouched down nearly flat in a recliner chair. Rail thin except for a flabby paunch, she watched me carefully as I walked over and sat in the chair next to her. “Hi” she said, her lips retreating inside her edentulous mouth after she spoke. I said hello, to which she responded with “my name is Pat” after which she proceeded to talk me to death, flooding me with information about her life, job, family, you name it. I have no idea how much of it was true.

And then there is Elizabeth, an older woman who walks around the place constantly, dressed in her skirt, blouse, and cardigan sweater. On each lap of the place she stops, says hi with a warm huge smile, her eyes sparkling, and says to me and my wife “your cute” and then tells us about her son who is a doctor. The first time I met her I wondered why she was an inmate. After the second lap and going through exactly the same conversation, I now knew why.

Later that evening, as my wife and I were walking out the front door of the home, I noticed that I was in a great mood, and that I was not in the more usual somber, serious mood that I had been experiencing upon our departure. I was actually cheerful. And so was my wife. We had had a nice visit with her father and the other inmates.

As I thought about this later, it dawned on me why. In playing my internal mental game of hide or seek, that night I ended up seeking, spontaneously, drawn in by the intriguing look of George and my sudden curiosity about him. Perhaps it was the Samuel Jackson eyes. Who knows, but I acted.

This little event hightlighted an important principle that was in operation that evening, even though I was not intentionally invoking the principle. It is empathy vs compassion. It is hide or seek. Something I know well, but forgot to intentionally use.

Empathy is resonance with the emotional state of another person, be it negative or positive. This resonance is driven by activation of specific neuronal networks. So for example, if you see someone stub their toe hard, we often wince in response, as the same neurologic pain networks in our heads get activated. Thus when something invokes a strong negative empathic response, there is a real and natural tendency to want to move away from it, to avoid, or to hide.

Tania Singer and her colleagues at the Max Plank Institute in Germany have shown that short term training in loving-kindness meditation (just several days long) led to the ability to consciously activate the compassion network in the brain. Thus, we can train our brains to be more reflexively compassionate and we can train ourselves to “seek” rather than “hide” when confronted by a strongly aversive empathic response.

Knowledge of this extends, in the moment, to situations like I found myself in at the memory care unit. Seeing George hunched over in his wheelchair (and the others) was so sad to me and the aversion so powerful, that I wanted to run and hide. This response is so common for first time visitors to the memory care unit that the nurses actually warn first timers about how it is going to feel the first time. Our common humanity pulls us to identify with the horrors of the situation, empathy rears its head, and naturally, we may want to run and hide.

Thing is, you can’t hide. In my case, I still had to go back, a lot, to visit. Even if I didn’t, hiding just leaves it lurking in my mental jungle in a dark corner. By unwittingly invoking the compassion solution, I walked out that night in a great mood. And now, I look forward to visiting with my father-in-law. And George and Pat and Elizabeth.